Pavlova: Hysteria and Despair in the Kitchen

The Pavlova is a dessert named after the ballerina Anna Pavlova, for the ethereal beauty of meringue topped with whipped cream and berries. It should look something like this: 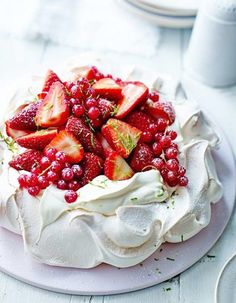 In my youth, I made a Pavlova and found it to be the easiest thing possible to create. So when I set out to make a Pavlova last week, I expected an easy confection, whipped up in an hour or two, delivered to ooh’s and ahhh’s at my writer’s group. Alas, it was not to be.

Here, then, is a quick list of instructions for how to completely and utterly botch a Pavlova:


1. Ignore directions for super fine sugar and use granulated sugar instead.
2. Let droplets of water splash into the egg whites as you’re trying to beat them.
3. Decide that you do not want to purchase a hand mixer, because how hard could it be to beat egg whites by hand?
4. After you collapse with the exhaustion of beating said eggs, and find that they will *never* reach the point of stiff peaks, run out to the store to buy an electric beater, racing back to find that the electric beater cannot save your swamp of marshmallowy egg whites. 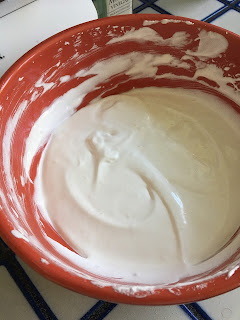 5. Start over. With the same granulated sugar. Watch in despair as the egg whites, after thirty minutes of beating, still will not achieve stiff peaks. Become desperate to thicken it. Find that your housemate’s box of corn starch has recently hatched moths. Panic. Run down to the corner store and buy corn starch, flour, and even coconut flakes. Add copious amounts of these to your egg whites, and find that nothing, repeat *nothing*, can bring the egg whites to the proper texture. Spill the corn starch all over the counter.

6. Punt. Line a brownie pan with wax paper and attempt to bake the semi-soft egg whites like a cake. Behold in despair that it cooks into a hardened square that cannot be cut without a steak knife. 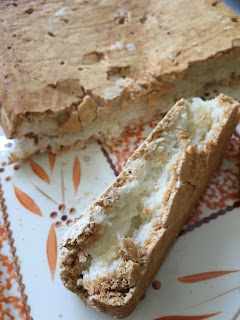 7. Open your first can of beer and consume. You’ve used up all dozen eggs, and there are only a few hours until your writer’s group. 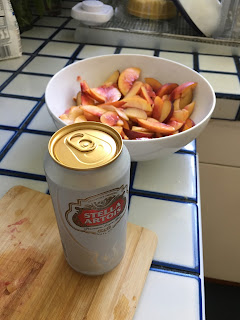 8. Realize that your nectarines and plums are still hard as a rock, despite your housemate having left them in a bag in the sun to ripen.
9. Sob. Consider purchasing a cake from the local bakery.


This is precisely what happened in my efforts to make Pavlova. But I did what all desperate bakers do…I took the ingredients I had left, and I improvised. I threw the hard-as-rock nectarines and plums into a cast iron pan with some sugar, squeeze of lemon, butter, and a splash of Armagnac, cooking until soft, then adding in some vanilla and almond extract and a pinch of salt. 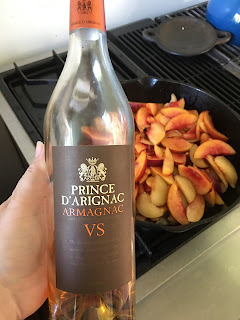 Then I popped that in a brownie pan, and improvised a crumble topping with what I had on hand, based on a recipe I found on thekitchn.com. Forty minutes later, I had a tasty crumble topping with ruby red fruit bubbling underneath. Judging by the enthusiastic consumption of it, I'd say it was a hit. 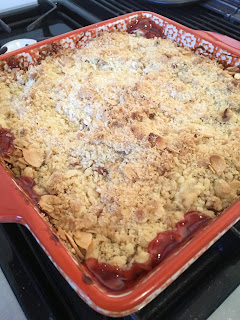 Since the crumble topping was a modest success, I will record it here for posterity:


I mixed it together with my hands, and once on top of the fruit, baked it at 375 for 30 minutes. Then I put some extra slices of butter on top and put it under the broiler until it was toasty and golden. For the fruit, I used 4 nectarines and two plums. I whipped heavy cream and added a dollop to each plate. I liked this well enough that I will make it again for the next social gathering.

I am not giving up on the Pavlova, however. I intend to seek out the elusive super-fine sugar, perhaps try a recipe with fewer egg whites, and try, try, try again!