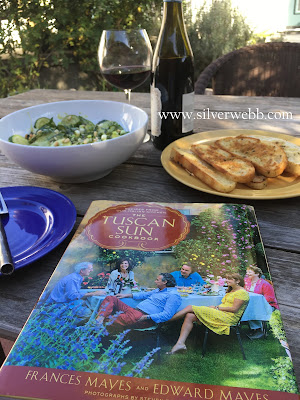 I was very fortunate to travel to Italy in my twenties. But Italy and I both got the short end of the stick on that deal. I was a twenty-something on break from graduate school, and my brother came over from the states so we could backpack around Europe for a few weeks. Everyone ought to have this experience once in their lives, before their joints grow too cranky (like mine) to lug a heavy backpack or sleep on trains. We ate lemon-drenched swordfish and juicy gyros in the Greek Islands, narrowly avoided frostbite sleeping overnight on the deck of a Greek ferry, ran with the bulls (well, my brother did...I stayed outside and prayed for no casualties), and quested in vain for good paella. 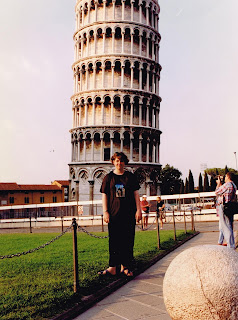 But when it comes to Italy, I regret. I spoke not a lick of Italian, I had no idea where we would stay or where the good restaurants were. We landed in Rome, rolled the dice, and ended up bunking in unremarkable hostels, eating really awful food...just as you can in any city if you haven't done your research. Rome was frantically paced, impatient, overwhelming, rude, and the people seemed to be *trying* to run us over with their Vespas.

In hindsight, We were the worst kind of American tourists. The Vatican kicked us out because my brother was wearing shorts. We decided that the Sistine Chapel could not possibly be worth a two-hour wait in line. In Pisa, we took the obligatory picture with the tower, and I had an American hot dog for lunch. In Florence, we subsisted entirely on gelato. In Rome, my main food memory is eating at the McDonald's next to the train station. Now that I'm in my forties, if I were going back to Italy, I would research every single restaurant and cafe in Rome, reserve a room in a picturesque monastery, wear something respectful to the Vatican, and wait the two hours in line to see the Sistine Chapel, because The Creation of Adam is one of the masterpieces of European art.

So not only does Italy need to be redeemed for me, but I someday hope to redeem myself in Italy's eyes! I decided to begin this journey of backpacker's repentance with an unlikely savior: zucchini. Frances and Edward Mayes have an intriguing recipe for zucchini and lemon pesto in the Tuscan Sun Cookbook. They suggest hazelnuts, but I went with pine nuts, because they were available. I puzzled over the instructions to use a "handful" of basil. I imagine that Frances Mayes has the slender hands of an Elf princess that will hold no more than five basil leaves, whereas I have my father's hands, big enough to comfortably grasp five pounds of basil. But I winged it, and it looked very pretty before it went into the blender. 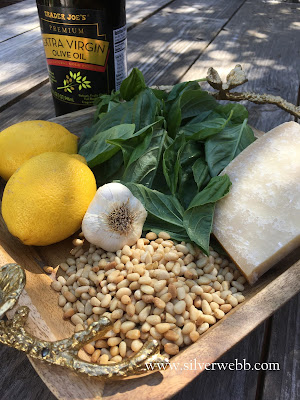 Let it be noted here and now that if you use a powerful blender and are not extremely judicious, you will end up with something that looks like Kermit melted into a bowl. Like a green smoothie... 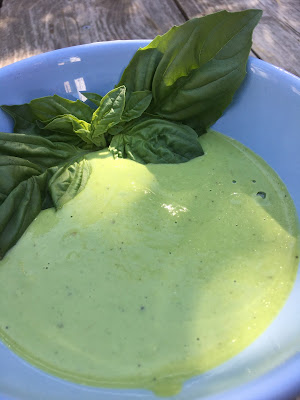 The zucchini recipe seems meant as a side dish. Grated zucchini and onion lightly steamed and then robed in pesto. I am constitutionally incapable of following directions, and I wanted to make this more of a main course. I fried some pine nuts in olive oil and oregano with a few pepper flakes (gotta have the heat), then coined the zucchini, frying until it was on the verge of done. Last, I poured in the lux lemon pesto and let it sizzle a bit. Dinner was zucchini, crostini, and a glass of wine. It was good. Really good. The next day, I still had a garlic cologne coming out of my pores, so I would recommend one garlic clove rather than three. But it was savory, puckery, creamy, and herbaceous...it is hard to find a vegetable dish that can hold its own as a main course, but this did. I would serve it again. I would even just put out a bowl of that pesto and dip bread into it. 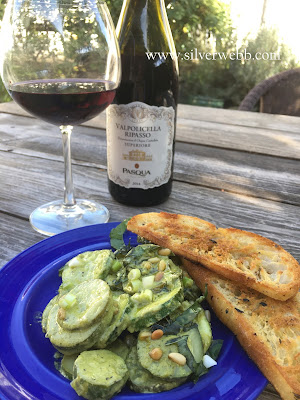 Sitting on the patio, sipping wine, having a nibble of bread, eating zucchini as my dinner, I felt very Europeanish. Minor redemption for the girl who ate McDonald's in Rome!