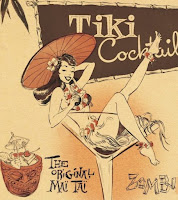 I'm a little excited about this one....wait for it, wait for it....drum roll...The summer of 2017 is officially declared the Summer of Tiki here at Silver Webb's Salon! I love a theme foodie jag. And what could be better than summer spent with a glass in hand decorated with a little paper umbrella and a cherry-pineapple garnish? Possibly while sitting by the pool? Possibly while nibbling on a cream-cheese Rangoon? When I start thinking about it, I cannot help but jiggle with excitement and sing, "Tiki Tiki Hula Hula!" 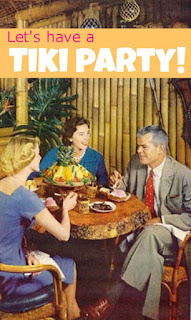 So, for those wondering what in the world Tiki is, here is a short history. Tiki is the Hollywood imagining of Polynesian culture, translated to a restaurant or bar or party. Polynesia covers everything from Hawaii to New Zealand to Samoa and the Cook Islands. Each of those places has its own rich history, its own important customs and cultures and religious beliefs. I am fairly confident that absolutely none of those things are meaningfully present in the American creation of Tiki as a party theme. 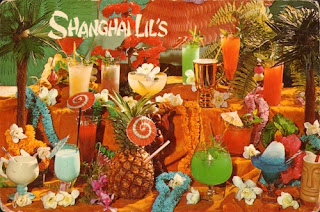 "Tiki" is a name from the Maori people for the first person to exist (kind of like Adam in the Christian tradition). Each pocket of Polynesia has a variant on this story. "Tiki" is also the word for a wood carving of a face, which represents the ancestors. So, to enjoy a California Tiki party, you must first make peace with the fact that your plastic Tiki glasses have taken something potentially very sacred to the Polynesian culture and made it the vehicle for a tasty drink. 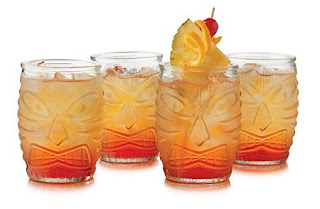 It is the same with hula girls as a motif. If you've ever seen a real hula dancer at work, telling you the story and myths of Hawaii with beautiful hand and body gestures, you will not find anything kitschy about an amazing art form performed by women (and men) who are intensely powerful and athletic. And yet...and yet, I am a sucker for those 1950s post cards of bombshell hula girls in coconut bras swaying in front of palm trees. And I adore the fierce expressions of a Tiki carving...are they grimacing, shouting, smiling, laughing? That is their own mystery to know! 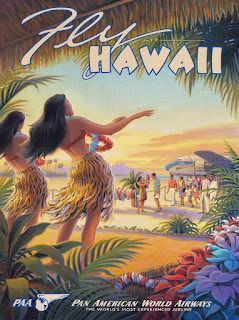 By all accounts (AKA Wikipedia), Don the Beachcomber first opened a Polynesian-themed bar in Hollywood in 1934, sparking a craze for what was then considered an "exotic" part of the world. People were just starting to consider Hawaii a vacation destination, and Southeast Asia was still robed in mystery (there was no Internet filled with travel blogs, keep in mind). So when Don decided to serve Cantonese food with rum cocktails by the beach, Hollywood stars flocked to partake. Trader Vic's soon opened in San Francisco and bloomed into a nationwide franchise. Its owner claims to have invented that most important of Tiki drinks, the Mai-Tai. 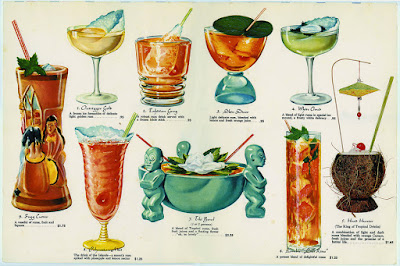 By the time WWII rolled around, and quite a few people had been deployed to the South Pacific, there was a renewed interest in Polynesian culture, and it became a common theme for decoration. In 1958, you might well have moved into an apartment building done completely in "Polynesian" style. Or if you watch an episode of Gilligan's Island, you are partaking in 1950s Polynesian exotica. Although Tiki never went away, it certainly did not shine all that brightly in the 80s and 90s. Recently it has enjoyed a revival in the U.S., with the reigns taken by cocktail hipsters who want to serve you a legit Mai-tai or Zombie or Fog Cutter. 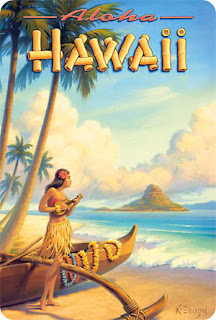 Personally, I feel a Tiki party is good-hearted fun, and an awesome Tiki bar should make you feel like Captain Jack Sparrow might sit down and order a Singapore Sling, while Elvis croons Rock-A-Hula Baby in the corner. So, with due respect for those cultures that inspired the Tiki craze, and with a healthy dose of humor thrown in, we proceed madly into the fray of the Summer of Tiki! 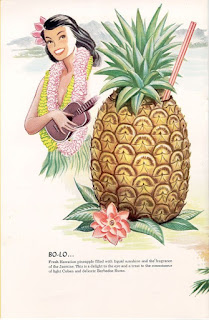 I'll be reviewing SoCal Tiki spots, reading a few books about Tiki, upping my cocktail game, and hosting a Tiki Tea with the First Lady of Frosting (I predict a pineapple upside-down cake is soon to be in the works!). So stay tuned and Tiki Tiki Hula Hula!